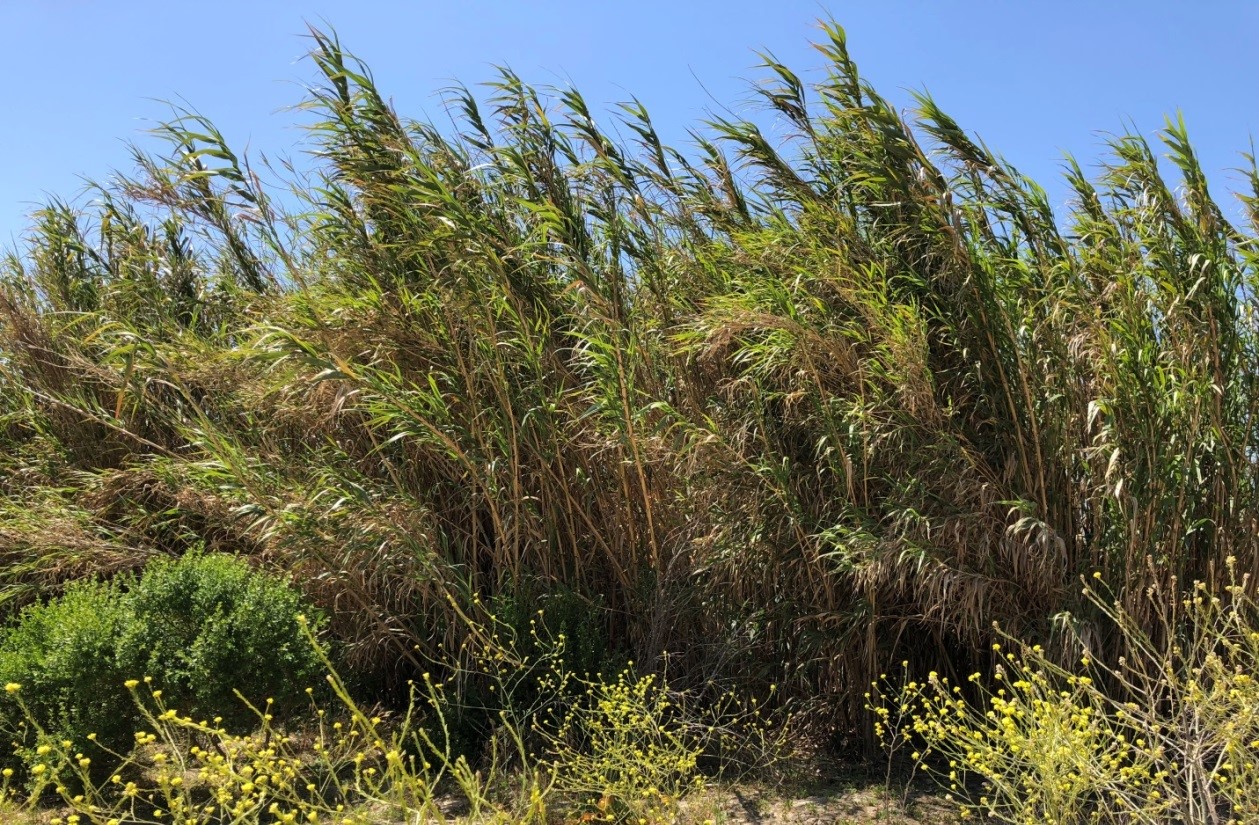 The Resource Conservation District of Monterey County (RCD) has been awarded a $2.9 million grant from the California Wildlife Conservation Board (WCB) for Phase IV of their Salinas River Arundo Eradication Program. The funding will go towards controlling 215 acres of Arundo donax, an invasive nonnative bamboo-like plant that has infested over 1500 acres of the Salinas River. The award leverages another $1.7 million awarded by the USDA to the RCD last year for arundo control.

The funding comes from the Proposition 1 Water Bond, which was approved by California voters in 2014. WCB awards Prop 1 funds through the Stream Flow Enhancement Program. This is the second award the RCD has received from Prop 1 funds, and the third award from WCB since 2014. The RCD currently has 500 acres of arundo under continued treatment between San Ardo and Soledad under these and other funding sources, including over $400 thousand from the Monterey County Agricultural Commissioner.

Executive Director Paul Robins attended the WCB meeting in Sacramento last Thursday to thank the Board in person and respond to any questions about the long-term program and partnership prior to their final vote on the subject. ”We’re grateful for the WCB’s consistent investment in the improvement of the Salinas River. We’re fortunate to have such abundant support for such critical work,” commented Robins.

Work under the grant will begin this summer and will include mowing 130 acres of arundo between Soledad and Gonzales. Mowing reduces the biomass of tall, dense arundo stands, which facilitates herbicide treatments in subsequent years. Under this grant, a total of 215 acres of arundo will be treated.

Because the property along the river is almost entirely privately-held, the RCD must secure permission from individual landowners and farmers to conduct the work. ”Fortunately, there’s no love lost on arundo by pretty much anyone on the river,” according to Robins.

The project will include monitoring the effects of arundo removal on the ecosystem. RCD ecologist and project manager Emily Zefferman is excited to work with professors Jenny Duggan and John Olson at California State University Monterey Bay and biologists Tanya Diamond and Ahíga Snyder of Pathways for Wildlife to look for changes in communities of bats, invertebrates, and terrestrial wildlife. “We have seen increases in the amount and diversity of wildlife in areas where we have cleared arundo, but so far we haven’t quantified this benefit,” said Zefferman.  “The Salinas River corridor has some of the only remaining wildlife habitat in the Salinas Valley, and it’s important that we understand how wildlife respond to vegetation management along the river.”

The RCD will also work with engineering firm FlowWest to track improvements in flow conveyance and changes to the hydrology and channel form of the river. “In areas where arundo is removed we expect to see a shift from a single channel system to a more natural multi-channel system that spreads water out over a greater area,” said Zefferman. “And without arundo sucking up so much water, we anticipate increases in the size of wetlands in the greater river corridor and the length of time they hold water, which is great for amphibians and other critters.”

The RCD of Monterey County was established in 1942 as a non-regulatory special local district guided by a board of directors. The mission of the RCD is to conserve and improve natural resources, integrating the demand for environmental quality with the needs of agricultural and urban users. In addition to conducting vegetation management on the Salinas River, the RCD assists farmers with irrigation and nutrient management, erosion control, and other services.

For more information about the Salinas River Arundo Eradication Program, contact Emily Zefferman at or 831-975-7761, or visit https://www.rcdmonterey.org/salinas-river-arundo-and-tamarisk-control